My plan was to post an update on allizzwell when Mr. Home on time volunteered to take son to play at the club. When they left suddenly the house was silent and I could hear the thoughts in my head.

As I rushed to post an update I stopped and told  myself, “Hold on..whats the point of putting up a swing ( swing is mandatory in a Gujarati home, well ours is a cocktail house but I am too guju to live without a swing) in the house if you can’t enjoy it? I started the misting showers I put up in our gallery, sat on the swing ..did nothing, just sat on my balcony swing feeling the brezzy summer evening…

How many times we make a house, buy things, pay the interior decorators loads of money, bring beautiful plants in the house but have no time to enjoy them?

Whats the point of running around or hoarding money if we cannot have a moment of peace to enjoy them?

After one dies you don’t know who is going to use it.. so instead of sitting in front of the television and pressing the remote control buttons..press the pause button of you life, sit back relax and enjoy what you have achieved instead of running behind things that one cannot even enjoy due to the pressure people have burdened themselves with constantly making new goals..

Don’t such people have the same attitude as the baby who wants a toy badly ? and once some new toy is seen in another baby’s hand he will throw away the toy which he was playing with and cry desperately to possess the other toy which he dosn’t have it…

Pondering on this thought I did not write this update that day, instead I am posting it after somedays..😊 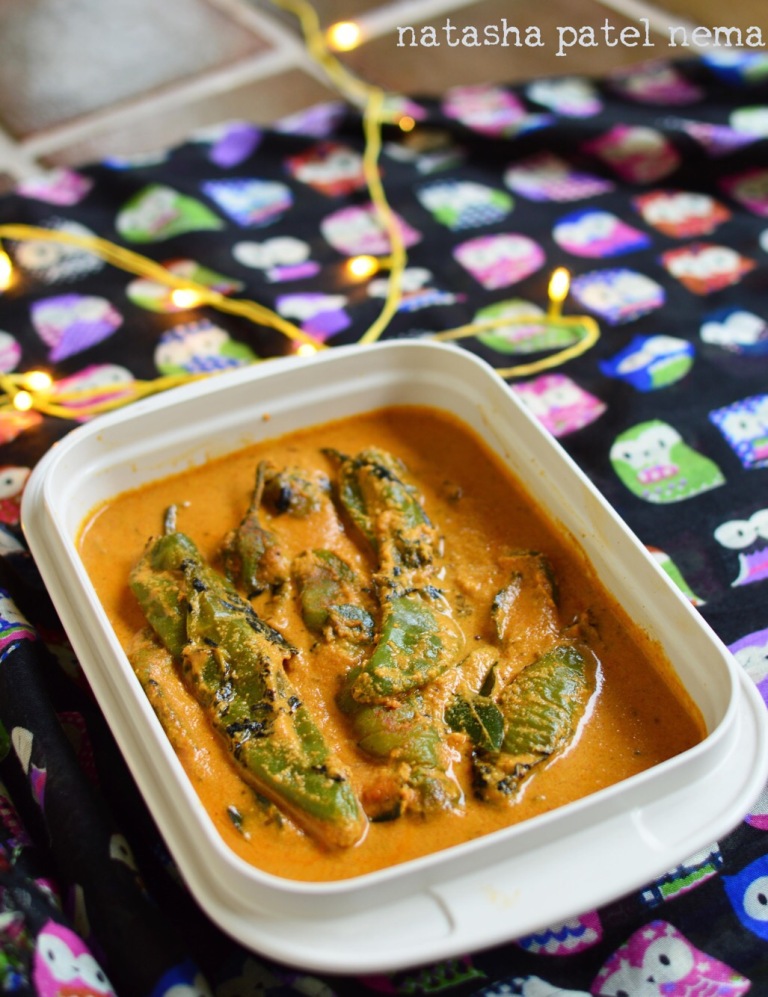 To enjoy my kitchen I had cooked  mirchi Salan that I usually cook differently by burning the chilies on the stove which adds a nice smell and taste of  barbecue to the recipe…rest of the recipe I all followed Tarla Dalal,   its very authentic..try it..